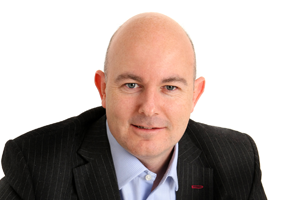 Midwich has announced the appointment of Iain Campbell as Sales Director, effective from June 2, 2014.

The new role will see Iain taking responsibility for sales processes in all divisions of Midwich, focusing on support, service and the overall customer experience.

He said: “I’m delighted to take on this new role. My aim is to help the business achieve its long term goals with the aim of creating a more intelligent route to market. Our customers’ needs have always been paramount to our decision making and I’ll be working to help ensure their experience in working with Midwich exceeds their expectations.”

Iain brings huge experience to the role, having worked on both sides of the channel fence. Iain began his AV career in 1994 before moving into the distribution side of the business three years later. Iain went on to co-found True Colours in Crowthorne, Berkshire, in 2000 and the technical AV company became the subject of the first major acquisition of Midwich.

Since the acquisition in 2006, Iain has overseen the growth of True Colours into a leading force in technical AV solutions, partnering with manufacturer heavyweights such as AMX and BrightSign along the way.