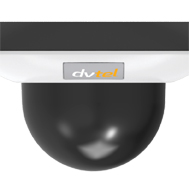 Camera manufacturers continue to push the envelope of image clarity. Some manufacturers have introduced cameras that can deliver as much as 40-megapixel resolution. However, as a practical matter, these cameras can only be used in a very limited number of applications at best and, at worst, merely serve as a marketing gimmick. If you’ve been keeping up with the market, you’ve undoubtedly heard about the buzz around 4K Ultra HD cameras. 4K holds realistic potential for the video industry.

Although 10-megapixel cameras, which are essentially the equivalent of today’s 4K cameras in terms of resolution, have been around for a number of years, the devices haven’t exactly generated a lot of excitement or demand from end users. There are several reasons: both frame rates and light sensitivity on these cameras are very, very low and the costs of storing high-resolution footage can be extremely high. These factors combine to make the deployment of cameras in the 10-megapixel range and above simply out of reach for most end users.
The difference with 4K is that a new set of high-quality sensors have been developed to accompany this next-generation camera technology, enabling the cameras to operate at up to 30 fps. This has significantly changed the quality of the image coming into the camera. At the same time, there have been some breakthroughs on the backend with digital signal processors (DSPs), which can handle larger image formats. With the combination of these new sensors and DSPs, manufacturers can now offer 4K technology at around the same total cost of ownership as 1080p solutions.

Benefits
Given these technological advancements, users can now have four times the amount of evidentiary detail with minimal impact to storage costs. Those who may have previously only been able to afford cameras in the 720p to 1080p range can realistically think about using 4K and having much higher evidentiary quality without breaking the bank. Additionally, 4K provides users with more forensic zoom and delivers greater detail out of an image than would have previously been possible — even with a higher megapixel camera.
Even with the high-quality images that can be generated by current high-definition and megapixel technology, many users still run into a problem of the image becoming “choppy” or the pixels “blocky” soon after they use the digital zoom feature. With 4K, you can zoom in quite a bit further on an image before it degrades. The finer pixel geometry that comes with 4K resolution also results in enhanced video analytic capabilities as algorithms are positively affected by the improved image quality and could, in some cases, even double detection ranges.

Barriers to Adoption
While the evidentiary benefits of 4K resolution are obvious, end users still face a few challenges in being able to take advantage of this technology – primarily the network and bandwidth requirements, as well as storage demands. The workstation processing for many applications also will have to expand substantially in many cases. However, many of these perceived hurdles can be addressed without the need for additional infrastructure investments.
For example, a 4K camera running at 30 fps could operate at 4 Mbps, which is no higher than a 1080p camera. In that case, storage would be virtually unaffected and there would be relatively little impact to a workstation because the decompression rate is about the same, depending on the camera and how it is optimised.

Another factor often discussed is the need for a 4K monitor to view the live feed in 4K resolution. The prices of 4K monitors have decreased dramatically in recent months; some as large as 50 inches can be purchased for as little as $500.

Future
While it may seem farfetched to some, 4K technology has the potential to go mainstream within the surveillance industry as soon as this year. And though the technology is still in its early adoption stages, there are enough clear-cut advantages to using 4K to start making the switch, especially if it’s not going to hit you in the storage or workstation wallet. Those looking to move to 4K solutions should consider a comprehensive package to ensure the most successful installation. Complete systems incorporate closely integrated VMS platforms, adaptive streaming, streamlined deployment with plug-and-play capability, and ease of use through an intuitive drag-and-drop interface,
Indeed, there are end users in a variety of markets that have only begun to make the transition to IP-based products, let alone high-definition and megapixel solutions. Of course, the growth in adoption of 4K cameras relies heavily on the amount of effort both manufacturers and their channel partners put into educating the market about the benefits and what users can hope to achieve through their implementation. For some companies, 4K may just be another offering among many, but others will look to make it one of their pre-eminent solutions.