American Dynamics Gets IP Video Buy in From Century 21 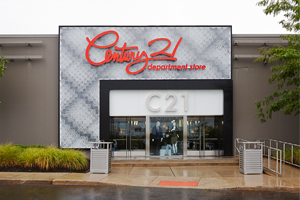 Tyco Security Products, part of Tyco, the world’s largest pure-play fire protection and security company, has announced that Century 21, a high-fashion, low-price retailer with stores in New York and New Jersey, has chosen an end-to-end American Dynamics IP video surveillance solution as part of a unified loss prevention program for its newest store at Jersey Gardens: The Outlet Center in Elizabeth, N.J. The systems integrator on the project was Tyco Integrated Security.

The solution encompasses a host of American Dynamics’ Illustra cameras, including more than 40 Illustra HD dome cameras, selected to enhance the ability of Century 21 loss prevention personnel to track individuals throughout the store. At the foundation of the surveillance system, Century 21 has implemented the victor video management system, which allows security and loss prevention personnel to view, manage and control recorded video from four VideoEdge recorders.

“Century 21 prides itself on being on the cutting-edge with security technology, but only when it performs to our high specifications,” said James Betesh, Corporate Director of Loss Prevention, Century 21. “Maintaining the high level of responsiveness in the camera control, and pairing it with an intuitive video recording and management platform allows us to operate with the best of both worlds, while still meeting our goal of transitioning from analog to IP.”

The Century 21 Jersey Gardens store, which opened in April 2013, is the eighth site for the retailer that began business in 1961.