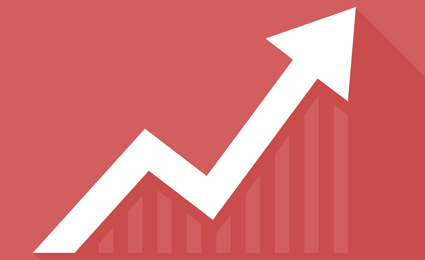 The 360 degree market is now maturing fast. There are already signs that 360 degree fisheye cameras are becoming mainstream and will be adopted naturally as part of the solution in many or most new CCTV installations. 360 degree cameras will be rolled out as part of the general trend where analog CCTV is gradually being replaced by IP CCTV systems. AMG, the British manufacturer of CCTV transmission solutions, has entered an agreement with Norbain SD Ltd. The agreement will see AMG’s PanoCam360 series of 5 MP cameras integrated into Norbain’s product range and marketed to all major Systems Integrators in the UK.

Sara Bullock, Sales & Marketing Director of AMG Group, says, “We are delighted with Norbain’s decision to incorporate the PanoCam360 range into their product portfolio. We are finding an increasing number of applications for our 360 cameras in many diverse markets, including Retail, Transportation, Industrial, Schools and Government. Virtually anywhere where CCTV is required can benefit from the addition of 360 degree cameras to give an overview of a large area without blind spots and to reduce the number of cameras required for total coverage. AMG designs and manufactures intelligent cameras which dewarp the fisheye images inside the camera. We produce multiple simultaneous dewarped streams, without the need for remote software for live viewing. We also provide a dewarping SDK which is integrated with many of the global VMS manufacturers, together with ONVIF Profile-S certification. With Norbain’s wide reach into the Systems Integrator community we expect to see a significant increase in demand for this highly sophisticated camera series.”

Andy Cassidy, CCTV Product Manager for Norbain, continued, “There are a number of persuasive arguments for the use of 360 degree cameras and we have found AMG’s PanoCam360 ideally suited to many applications in a wide range of markets. The Retail market is showing increasing interest and transportation is also a natural market for wide-angle cameras, where a single camera can cover a whole bus or train carriage. Banks, schools, colleges, museums and public buildings are all strong markets for 360, together with car-parks and outdoor perimeters. The advantages of using 360 cameras is that they see everything all the time with no blind spots, record everything at high resolution, and allow you to go back and zoom into the scene retrospectively. And, it’s important to remember that by using 360 cameras you can reduce the camera count and the overall CCTV infrastructure, cabling, recording channels, etc., which all adds up to a significant cost saving. For us as a distributor, it’s a further advantage that PanoCam360 is already integrated with both Milestone and Wavestore VMS software, both of which Norbain is also marketing. As a result, I fully expect that Norbain will see PanoCam360 gaining real market traction in 2014-2015.”