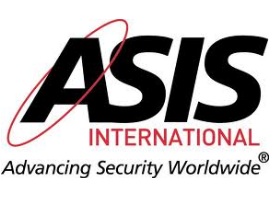 ASIS International (ASIS) announced the speakers and topics for the three general sessions and the closing luncheon of the 60th Annual Seminar and Exhibits (ASIS 2014) at the Georgia World Congress Center in Atlanta, Ga.

A panel of experts from (ISC)² will kick off the trio of general sessions on Thursday, Oct. 2 with “Threat Modeling Lessons from Star Wars” at 8:00 a.m. Noted presenter and author Adam Shostack from Microsoft will provide a unique perspective as he takes you through proven foundations of effective threat modeling.

“Security Executives and the Fight Against Corruption” will be presented at 9:30 a.m. focusing on the top 10 Foreign Corrupt Practices Act enforcement actions. Bribery and corruption in foreign markets can lead to devastating consequences for organisations that do business there. This session examines the vital role corporate security professionals play in mitigating a company’s fines and litigation, as well as defending its reputation, and provides up-to-date information on how applicable regulations are being enforced.

The Security Insights Program at 11:00 a.m. offers “An Insider’s Look at China,” presented by Evan Osnos, a New Yorker magazine correspondent who was based in Beijing from 2005 to 2013. Osnos will chronicle the lives of ordinary citizens in the throes of dramatic change. His insights, and the panel discussion that follows, will offer a unique look at China and the implications for security as it relates to the economy, environment, and the overall quality of life.

The ASIS 2014 Closing Luncheon will feature Scott Moore, United States Navy SEAL Rear Admiral (ret.), is one of the United States’ most legendary-and most unknown heroes. As commander of the Naval Special Warfare Development Group (DEVGRU), Moore led SEAL teams at marquee moments in history such as Desert Storm and 9/11 as well as several critical no-fail hostage rescue operations, one of which became the basis for the movie “Captain Philips.” His talk, “Building Teams with the Military’s Most Elite,” will demystify the gap between the C-suite and the “boots on the ground.”

A comprehensive education programme of more than 200 sessions will be presented at ASIS 2014. The ASIS exhibit hall will feature more than 600 companies demonstrating cutting-edge technology, products, and services to support the security profession worldwide.