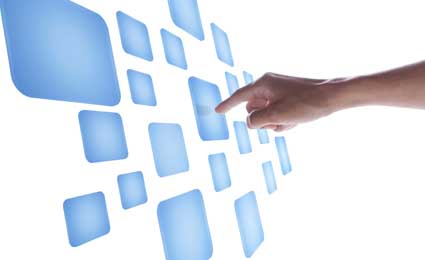 Farpointe Data, the access control industry’s trusted global partner for RFID solutions, has announced that users of its new WRR-22 and WRR-44 433 MHz receivers can use either 2-button or 4-button transmitters to open two or four different doors from ranges up to 200 feet (61 m). Each button outputs transmitter data over separate Wiegand outputs yet the receiver installs just like a Farpointe Pyramid Series proximity reader for easy integration with popular proximity or contactless smart card access control systems.

“Ranger WRR-22 and WRR-44 receivers are a terrific solution for long range access control applications such as gates and vehicle barriers, moving aircraft in and out of secure hangars, arming and disarming alarm systems as well as situations calling for emergency duress,” emphasizes Scott Lindley, Farpointe Data president. “Instead of using a card, which could activate more than one device or door at a time, the transmitter holder selects exactly the mechanism to be immediately triggered.”

Available in either a two- or four-button configuration and equipped standard with a weather-resistant potted proximity or contactless smart card module, the transmitter can be used as a presentation-style access credential. For example, a button may be presented to access a long range application, such as a gated parking structure, and then be presented to an access control reader to allow entry into the building.

Using standard 26-bit Wiegand protocol and featuring standard mounting holes, the WRR-22 and WRR-44 can be used as “add-on” or “wire-in” receivers. Using custom Wiegand 32- or 36-bit protocol, the long range system can be made even more secure. This prevents credential duplication and ensures that the readers will only collect data from this single system’s coded credentials. The lithium cell battery is tested to exceed 250,000 presses.