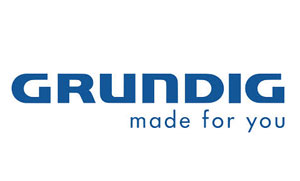 Wavestore has announced that its VMS (Video Management Software) is now able to support the Grundig video surveillance camera range.

Following the establishment of a technology partnership, the Wavestore and Grundig technical teams have successfully worked closely together to achieve a high level of integration to allow users, via Wavestore’s video recording and management software, to control, view and record images captured by Grundig’s IP cameras.

“Wavestore’s VMS and Grundig high quality cameras are increasingly being specified for video surveillance projects throughout Europe. The timing could not therefore be better in terms of the two companies working to enable our mutual business partners, consultants, installers and systems integrators to design and implement a truly integrated IP network based video surveillance solution,” said Chris Williams, Director of Wavestore.

One of the major features of the ONVIF Profile S Conformant Wavestore VMS is that it is able to utilise Pull Point notifications to interact with the Grundig cameras’ VMD and alarm features. In addition the Wavestore VMS can simultaneously record images captured by combinations of analogue and IP network cameras and this provides users with the option to deploy Grundig’s latest generation of IP cameras alongside legacy Grundig’s analogue cameras when they are considering an upgrade of an existing system.