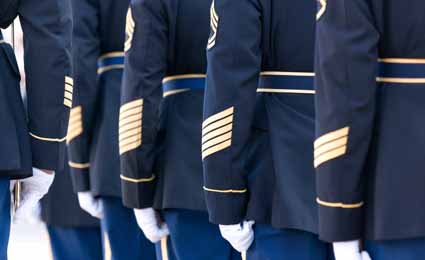 Overall, governments appear to be expanding, rather than abandoning, diplomatic operations in high risk countries, resulting in the need to integrate data from multiple security systems. As a result, IHS anticipates the EWC detection equipment market is poised to see continued growth as governments look for integrated security solutions to protect embassies and consulates from evolving threats.

In its newest study on the market for explosives, weapons and contraband (EWC) detection equipment for critical infrastructure facilities, IHS found the embassy and consulates market to be worth more than $53 million globally and to have a CAGR of 7.3% over the next five years. Due to continued threats of terrorism at foreign missions abroad many governments have increased security funding for their embassies and consulates worldwide.

In the US, State Department funding for embassy security increased in 2013, to more than $25.6 million (an increase of $2.8 million over 2012 funding). IHS expects this increase to result in purchases of new baggage and parcel, and people screening equipment that will be integrated with other security solutions including perimeter and access control systems. Historically, embassies and consulates globally used stand-alone people screening equipment (i.e., fixed or hand-held metal detectors, and X-ray equipment, not integrated with other technologies) but this is starting to change. While in the past, the value of the data obtained by these systems was not realized by embassies and consulates; today, threats to embassies and consulates have become more sophisticated, requiring integration of security systems in order to provide earlier and better detection of threats.

With integrated EWC detection technology becoming more desirable, embassies and consulates are starting to look for more data from their security systems to aid in analyzing threats and developing countermeasures. Therefore, manufacturers are designing systems that can be integrated, whereas older systems were never expected to be connected to larger security systems.

IHS also anticipates the global opportunity to increase from 2014 through 2018, as several embassy projects near completion over this time period, which will include new software to integrate people screening and baggage and parcel equipment with other security solutions.

In recent years, the US, China, and other countries have abandoned diplomatic missions in countries deemed too dangerous to conduct diplomatic affairs. Although, diplomatic missions in some countries remain dangerous, countries are deciding to reopen embassies and consulates to improve diplomatic relations. For example, in 2014, China announced plans to reopen their previously closed embassy in Somalia. IHS expects projects like this to contribute to a 5.8% CAGR in the people screening market and a 4.8% CAGR in the baggage and parcel market over the next five years.

Despite increases in the number of attacks against diplomatic missions over the past fourteen years, casualty rates have declined. IHS has attributed this to better situational awareness and security measures at embassies and consulates. It is expected that the use of integrated EWC detection equipment in the future will aid in minimizing the impact of terrorist attacks against diplomatic facilities as multiple data points will increase the situational awareness of diplomatic security services.