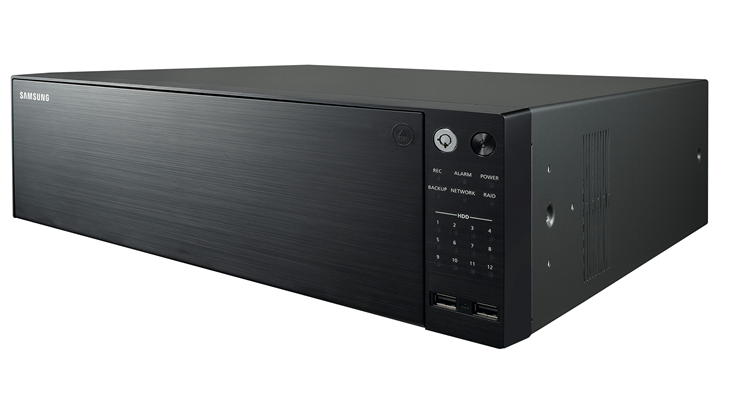 Samsung Techwin’s SRN-4000 64 channel NVR has been voted 2015 CCTV Product of the Year by the readers of PSI (Professional Security Installer) Magazine.

The prestigious award was announced at the PSI Premier Awards dinner which was attended by over 150 representatives from the security industry at Stapleford Park, Stapleford, nr Melton Mowbray on 2nd July 2015. The awards are given in recognition of innovation and quality, with the winners of each category being voted for by professional security installers.

The SRN-4000 minimises the total cost of owning a video surveillance system by offering an extremely robust, out-of-the box Linux based video recording solution. An ability to record in real-time the images from 64 x 2 Megapixel is impressive, but the SRN-4000 also stands out from the crowd because of a feature set which ensures it can be relied upon to deliver a highly resilient, low maintenance recording solution. These features include a built-in hard drive ‘Hot Swap’ facility which ensures that recording is not interrupted if a fault occurs, whilst power reliability is enhanced by way of a dual power supply.

“We are delighted that the SRN-4000 been recognised by PSI readers for its high performance and resilience,” said Justin Hollis, Marketing Manager for Samsung Techwin Europe Ltd. “The feedback we have received from customers is that the SRN-4000 is also very popular because it is so easy to set up and operate. It has an on-screen user interface which enables it to be configured in just four steps using an ‘Easy Setup’ wizard, whilst cameras can be registered without complication via a quick setup process.