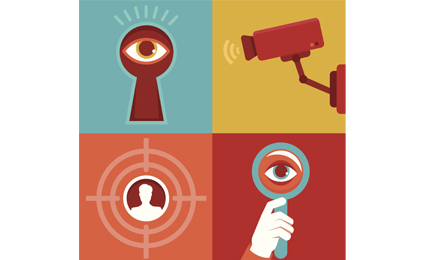 Nine in ten people are in favour of public space CCTV but support could be higher still with a commitment to closer monitoring of footage.

Synectics, in partnership with CCTV User Group, has commissioned new research into the public’s perception of CCTV in the UK. The results of the study reveal strong support for public space surveillance – 86% of people back its use.

When asked what would help increase that support, 43% called for closer monitoring of cameras to enable more immediate response to incidents.

The survey of over 2000 UK adults also revealed that despite the introduction of the Surveillance Camera Code of Practice, which calls for greater transparency and communication with the public regarding the use of CCTV, 80% of people feel ill-informed about how and why CCTV is used in their local area.

Awareness of the Surveillance Camera Code of Practice was low, but those surveyed welcomed its introduction if it leads to:

Surveillance Camera Commissioner, Tony Porter, said: “This research is a welcome addition to understanding the public’s perception of CCTV. A key part of my role is to reassure the public that surveillance cameras are there to support and protect them rather than spy on them as well as to raise awareness of the Surveillance Camera Code of Practice.

“I will be working closely with local authorities to help them comply with the 12 principles in the surveillance camera code of practice and encouraging others to voluntarily adopt the code. In doing so they will be able to confidently assure the public that CCTV is used proportionately and transparently and only when a pressing need arises.”

The study also looked into what the public believes the purpose of public space CCTV is now, and what it should be, revealing that most people view its current purpose as preventative but would welcome closer monitoring. 71% think the purpose of CCTV should be to spot crimes as they happen.

Peter Fry, Director of The CCTV User Group, said: “It’s good to see that support for public area CCTV remains exceedingly high, but the really interesting insights come from looking at what people really want, such as regular updates on achievements, data on convictions, and increased monitoring.

“Regular and professionally undertaken surveys like this by Synectics, are critical to all Local Authorities operating public area CCTV systems, the system managers and the companies providing equipment, as they identify trends in public opinion that could help improve systems to mutual benefit.”

The full research report is to be presented and debated at the annual CCTV User Group Event taking place on the 19th – 21st May, 2014. Synectics and CCTV User Group are calling on local authority and police CCTV managers to attend and provide feedback on key findings, as well as best practice operational and communications examples.