Transparency: Global biometric market expected to reach $23.3B by 2019 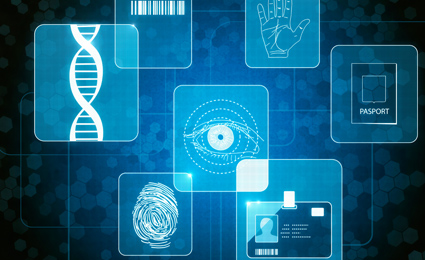 According to a new market report published by Transparency Market Research, “Biometrics Technology (Face, Hand geometry, Voice, Signature, Iris, AFIS, Non-AFIS and Others) Market – Global Industry Analysis, Size, Share, Growth, Trends and Forecast, 2013 – 2019,” the global market is expected to reach a value of USD 23.3 billion by 2019 at a CAGR of 20.8% from 2013 to 2019.

Increasing security concerns due to the rising terror attacks and crimes have created a need for high level security. In addition, the rising government initiatives such as e-passport, national identification programs, etc. and various border control projects such as European Dactyloscopy (EURODAC), Visa Information Systems (VIS), and new generation Schengen Information System (SIS II) have helped to boost the biometrics technology market. However, privacy concerns and high cost of biometrics system may hinder the growth of this market. Furthermore, increasing usage of multi-modal biometrics to enhance the security level is expected to create huge opportunities for this market in the upcoming years. By application type, the non-AFIS biometrics systems accounted for largest revenue share of 41.40% of the overall biometrics technology market in 2012. With the advancements in technology, silicon sensor prices used for fingerprint recognition have fallen considerably. Such enduring advancements have made the sensors more efficient and have resulted in lowering the production costs and expanding their application in broader range of devices. As a result, non-AFIS systems have become cost effective as compared to the earlier ones. In addition, due to their user friendliness, they are largely deployed in smart phones and laptops. Iris recognition segment is expected to grow at the highest CAGR of 28.6% by 2019. This is due to high accuracy level and stability possessed by iris.

North America accounted for 32.1% of the overall revenue share in 2012. This region is anticipated to uphold its dominating share throughout the forecast period. Asia Pacific is expected to grow at the fastest CAGR of 22.0% from 2013 to 2019. With numerous evolving economies in this region including India, China, Australia, and Japan among others, there is a strong necessity for building infrastructure in terms of border security and national identification. Hence, the Asia Pacific biometrics technology market is expected to witness a faster growth as compared to Europe, the Middle East, and North America. Global biometrics technology market consists of large numbers of domestic and multinational distinguished players. In 2012, the global biometrics industry was dominated by Morpho SA (Safran) with 19.0% of the market share. Some of the other leading players include 3M Cogent, NEC Corporation, DigitalPersona, and Accu-Time Systems among others.