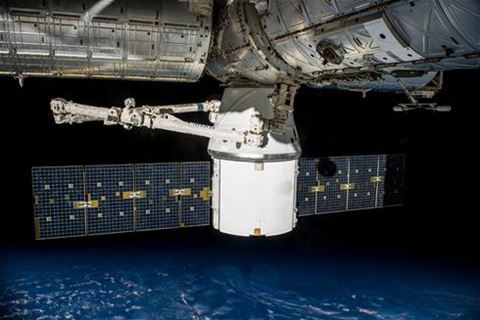 Arecont Vision is providing video surveillance cameras for Space X, a private company that designs, manufactures, and launches advanced rockets and spacecraft for NASA and other organisations. The high performance megapixel cameras from Arecont Vision are being deployed on the Space X Dragon spacecraft, which is utilised by NASA to deliver supplies and science experiments to the International Space Station.

“We are honoured to play a role in enabling the development of new technologies and capabilities for the extremely demanding realm of space,” said Raul Calderon, Senior Vice President, Arecont Vision. “The Space X project utilises the same IP megapixel technology and architecture we deliver every day in our video surveillance cameras, albeit with custom firmware, which is further testimony to the performance and quality of our products.”

The Space X Dragon is the first commercial spacecraft to deliver cargo to the International Space Station and safely return cargo to Earth. The innovative spacecraft includes a non-pressurised cargo area, which is referred to as the trunk, to carry large science experiments to be conducted on the space station. Once the Space X Dragon is berthed to the orbiting space station, the station’s robotic arm reaches into the trunk to extract and position cargo.

The space station’s robotic arm was already fitted with cameras and illuminators, but NASA required a better view of the interior of Dragon’s trunk. Space X turned to Arecont Vision to utilise the company’s core imaging technologies found in Arecont Vision’s megapixel surveillance cameras. For optimum integration with the spacecraft, Space X designed a specialised housing and mounts for the cameras, and Arecont Vision custom programmed the cameras to be compatible with existing NASA systems.