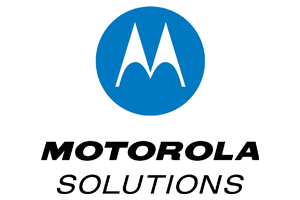 Motorola Solutions, a leading provider of mission-critical communications solutions, has been selected as supplier in the latest tender from the Norwegian Directorate for Emergency Communication (DNK). The contract awarded to Motorola Solutions covers the delivery of Terrestrial Trunked Radios (TETRA) digital radio terminals to Norway’s fire services in the two final phases of the nationwide public safety network Nødnett as well as delivery to the Norwegian Civil Defence across the country.

The contract with Motorola Solutions includes the delivery of three radio models and at least 7,300 units for both user organisations. Motorola Solutions’ radios were the first choice for the users because of their superior voice quality and user friendliness.

In August 2012, DNK signed framework agreements with three vendors to participate in several tenders for public safety services for the terminals to operate on the nationwide TETRA network Nødnett. The selection of Motorola Solutions’ devices follows a process wherein users from both services tested devices from all three vendors in real-life situations. Motorola Solutions radios were the first choice for users because of their superior voice quality, ruggedness and user friendly operation.

DNK and the users have chosen the TETRA handheld MTP3250 digital radios and MTP850Ex as well as the MTM5400 for installation in emergency vehicles. With this decision the Norwegian users are joining over 2 million users around the world who trust TETRA digital radios from Motorola in mission-critical situations.

Manuel Torres, Senior Vice President, Government Sales, Europe and Africa, Motorola Solutions said, “As the prime contractor of Nødnett, the new nationwide communication system for Norwegian public safety users, we have a strong presence in Norway. We are delighted that the fire users again have selected our TETRA radio devices and that the Norwegian Civil Defence have chosen our user friendly devices. We are fully committed to deliver solutions for their needs to support them in their mission critical communications.”