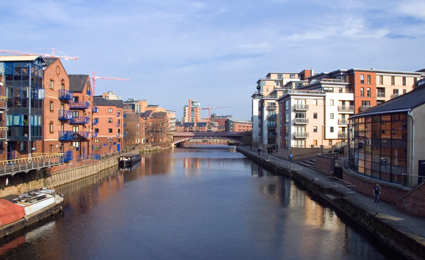 Oncam Grandeye announced that it is providing world-renown Leeds Metropolitan University with its award-winning 360-degree surveillance cameras. The high-tech cameras will replace part of the existing security system and will cover two main campus entranceways, the retail area, and the ground floor of the library. In addition to 360-degree visibility they provide virtual PTZ functionality and de-warping of footage for better tracking and viewing quality, both live and retrospectively.

Leeds Metropolitan University, in northern England, provides higher education to 28,000 students and has a staff of 2,900. The campus’ buildings are open to the public with large spaces, heavily populated common areas and typical obstructions that make old-fashioned pan-tilt-zoom (PTZ) cameras ineffective. Traditionally, these areas have been a challenge to monitor effectively, requiring a number of fixed or PTZ cameras to eliminate blind spots or track movement. The university wanted to replace aging technology with a solution that would take it into the future — and, it wanted to get ahead of the game in conforming to new Home Office regulations for the use of surveillance cameras.

“Our existing network of close to 400 cameras, almost all of them analogue, has served us well, but as the university has grown and become busier, the system has struggled to keep pace,” explains Lorraine Foster, security manager at the university. The university can typically replace three or four of its existing cameras with one Oncam Grandeye 360-degree and obtain better coverage. Add to this their small size and unobtrusive appearance, and it becomes much easier for Ms. Foster and her team to do their job without making people feel that their privacy is being invaded.

“Even if we take old cameras out of circulation when replacing them, we’re still getting better value with the Oncam Grandeye cameras,” says Foster. “They are cheaper than a PTZ and only a little more expensive than a fixed camera; they integrate well with our existing Honeywell NVR technology; they are straightforward for OpenView, our security maintenance provider, to install; and they deliver amazing coverage and quality of footage, streets ahead of what we could achieve before.

The Oncam Grandeye de-warping function allows footage to be viewed without the ‘fisheye’ effect caused by 360-degree filming. The resulting quality and completeness of the footage is a real advantage for the authorities, allowing for faster and more accurate identification of suspects. In an incident within the first six months of the cameras’ deployment, one of the entranceway cameras supported the tracking, catching and identifying of a suspect linked to a string of burglaries on the campus.

“The Oncam Grandeye cameras have clearly proven their value,” she says. “Their quality and coverage allow us to do more to prevent theft and protect people. A security system designed to use these cameras to their full potential will be a real benefit to our university for years to come.”