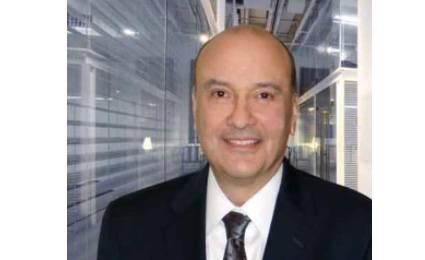 SightLogix announced that Frank De Fina, a security industry veteran with over 30 years of experience, has joined the company as Executive Vice President of Sales and Marketing.

“We are thrilled to welcome Frank De Fina to SightLogix,” said John Romanowich, SightLogix President and CEO. “Frank’s extensive experience creating market-leading businesses is the perfect complement to our world-class technology. I’m excited to be working with Frank to make SightLogix the next great security company.”

Having recently announced his departure from Samsung, Mr. De Fina explained his rationale for joining SightLogix. “I’ve known several members of the SightLogix team for some time and have always admired their drive and the complete confidence they have in their outdoor detection and prevention solution. Their vision for future technology innovations presents a whole new avenue of opportunity in the professional security industry.”

Mr. De Fina is well known in the security industry. Most recently he was Executive Vice President of Sales and Marketing at Samsung Techwin America, where he built a team of seasoned industry pros, launched new reseller channels, initiated ambitious sales initiatives and established vendor partnerships. Mr. De Fina previously spent 26 years at Panasonic, rising through the ranks to become President and COO at Panasonic System Solutions Company in 1999. Between these two posts, Mr. De Fina took a two-year break from the industry to serve as Vice President of Global Sales and Marketing at Paul Reed Smith Guitars, Ltd., reflecting his passion as an avid collector of vintage guitars and amplifiers and his lifelong love of music. Mr. De Fina currently holds positions on the Executive Board of the Security Industry Association (SIA) and the International Biometrics Industry Association (IBIA). Additionally, he is a board member of the Paley Center for Media (formerly Museum of Television and Radio), as well as a Member of the Board of the New York Friar’s Club Foundation.